Have a healthy(ish) Halloween! 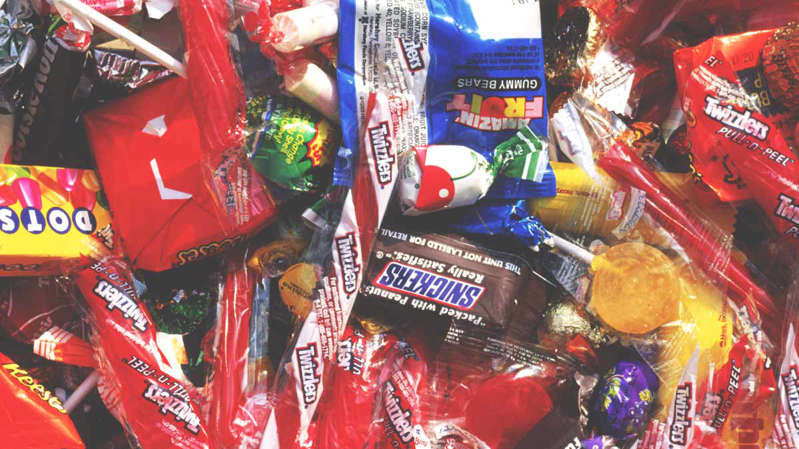 For many parents, the scariest thing about Halloween is the haul of candy their kids bring home after trick-or-treating. Candy has been the star of the holiday for so long that it’s nearly impossible to avoid. (Even dentists seem resigned to that fact: 76 percent of them hand out candy for Halloween, according to the American Dental Association.)

“As a dietitian who is obsessed with what her kids eat, I never worried too much about special occasions such as Halloween,” says Amy Keating, R.D., a Consumer Reports dietitian. “Routine, everyday eating habits are most important. That said, some kids bring home so much candy that it sits around the house for weeks and becomes an everyday part of the diet instead of an occasional treat.”

That can be a problem for your child’s health—and yours, too, if you can’t resist dipping into your child’s stash. It doesn’t have to be that way, though. With a few strategies in place you can have a healthy Halloween, and you don’t have to skip the candy to do it.

Before they head out, talk to your children about moderation, suggests Kristi King, M.P.H., R.D.N., senior dietitian at Texas Children’s Hospital and a spokeswoman for the Academy of Nutrition and Dietetics. You don’t want to be too strict, because that can backfire and lead to sneakiness. But you do want to set limits. Tell them they can have a few pieces when they get home. “That way,” she says, “your children aren’t surprised when you tell them ‘no more.’”

A healthy snack or meal will energize kids for the trick-or-treating ahead and begin their outing on the right note. “Protein and fiber will help to keep their tummies satisfied and blood sugar stable,” King says. That means they will be less likely to get tired or cranky, or to snack on candy along the way. Keep it simple and fun—grilled chicken strips and carrots, celery, and bell pepper with mild salsa for dipping, or a hard-boiled egg “ghost” (cut with a jagged bottom) and clementine “pumpkins” (peeled and served with a small green apple or celery “stem” in the middle), for instance.

It will get filled after going to a just few houses, but your child will still have that feeling of abundance that’s part of the holiday.

Steer Kids Away From Stickies, Sours, and Suckers

These are the worst candies for teeth. “The longer treats stay in contact with the tooth, the higher chance that they will promote cavity formation,” says James Nickman, D.D.S., M.S., an associate clinical professor at the University of Minnesota School of Dentistry and president of the American Academy of Pediatric Dentistry. Sticky candies like gummies, taffy, and caramel can also pull off braces and get stuck in the spaces between teeth. Sour candies are acidic, which can wear away tooth enamel. Treats that are sticky and sour or sour ones that stay in your mouth for a long time are double-trouble. Chocolate is a better option. It melts, so the time it spends in contact with teeth is minimal. Other tooth-friendly treats are sugar-free gum, popcorn, pretzels, and crackers.

Be on the lookout for houses giving out glow sticks, bracelets, flashing LED rings, bubbles, stickers, and more, King says. Even a child who is unenthusiastic about those nonedible treats at first may warm up to them after acquiring a few dozen lollipops.

While it’s ideal for your child to brush and floss after a snack (and certainly a candy-laden afternoon), doing so may not be practical. “Drinking water helps to rinse some of the sugary treats off the teeth until a more thorough cleaning is possible,” Nickman says. Or give your child a little cheese (like mozzarella string cheese) and a small apple. It’s a good blood sugar balancing snack to help with post-candy recovery. And cheese helps neutralize acid in the mouth, which decreases the risk of tooth erosion and developing cavities, according to a 2013 study published in the journal General Dentistry.

Have your child sort through the candy and pick his or her favorites, then get rid of the rest. “Some dental practices will offer a candy buyback program, where children can cash in on their hard work,” Nickman says. Some parents summon the Halloween Fairy or Switch Witch so that their kids can trade in their excess candy for a prize (or donate it). “It’s a nice way for your child to learn about sharing and appreciating others,” King says. Organizations like Operation Gratitude send donated candy to military members overseas. “Removing the temptation from the house will help the child’s oral health,” Nickman says.

Store the candy you do keep in the cabinets, freezer, or pantry, where it won’t be top of mind, King suggests. Adults and kids are more likely to mindlessly munch on foods that are kept in plain view. Dole out a few pieces per day that your child chooses, like in his lunchbox or with her dinner.

After a week or two, make like the 800 Queen Elsas that came knocking last Halloween and “let it go.” A day of Halloween is one thing, King says, but there’s no need to let a glut of candy linger through the end of the year. After all, pumpkin pie and holiday cookies will be around before you know it.

Consumer Reports is an independent, nonprofit organization that works side by side with consumers to create a fairer, safer, and healthier world. CR does not endorse products or services, and does not accept advertising. Copyright © 2018, Consumer Reports, Inc.

This entry was posted in Articles of Interest. Bookmark the permalink.